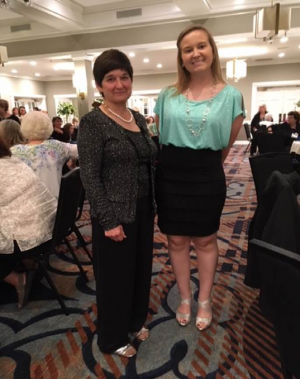 A restored John Deere tractor, a Ford tractor and a farm Jeep were entered in the Water Festival Parade. Drivers were Ronald Stanley, Russell Mixson and Ed Carr.

The annual meeting was held beginning with a BBQ dinner, 2018-2019 talent Elyse Stromer (violin) and Brittany Gates (dance) entertaining, business meeting and lots of door prizes for the members. 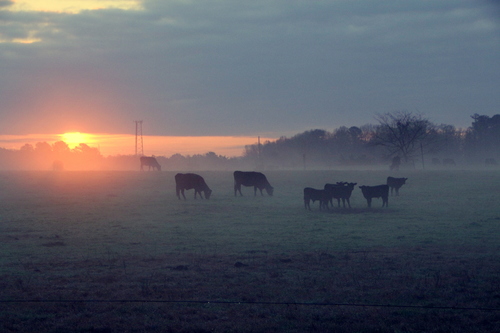 Fairfield County Director Martha Ladd won 1st place in AgSouth photo contest. Her photo will be featured in the 2019 AgSouth Farm Credit Calendar and Out in the Country magazine.

Greenville County Women’s Leadership Committee had the Booth for a Cause at the Downtown Farmers Market on July 14, 2018. The Women’s Committee set this up and invited the Board of Directors to help hand out information at the booth. The Booth for a Cause each week is set aside to promote non-profit organizations or causes. There were 500 flyers along with coloring sheets for the kids, SC Farm Bureau Magazines, Farmers Prayer book marks, Pizza Book fliers for kids and the Why Join Farm Bureau pamphlets. The booth had members there to answer questions and give out information.

Katie Tuten was selected as the 2018 SC Farm Bureau Female Youth Ambassador Scholarship Contest winner. Katie, is the daughter of Kent and Lynn Tuten of Greenville County. She is a senior at Clemson University studying animal science. She will represent Agriculture and Farm Bureau at events throughout the upcoming 2019 year.

The Greenville County Annual Meeting was held on September 8th at Fountain Inn Activities Center in Fountain Inn, SC. A barbecue dinner was provided by Reedy Smoke BBQ to all in attendance. Ag Pro representative, Brandon Butts, had a table set up and had a John Deere tractor on display. After the meal, the talent contest and business meeting followed. Door prizes were given out throughout the evening. 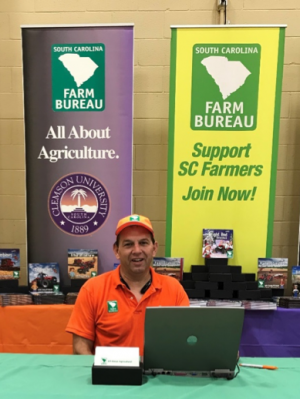 The Greenwood County Farm Bureau has recently awarded a $1,000 scholarship to Bethany Fisher for the 2018-2019 academic year. Bethany Fisher is a sophomore at Piedmont Technical College majoring in Veterinary Technology and a representative for the Vet Tech Club in Newberry. Recipients were evaluated based on character, demonstrated leadership abilities and dedication to agriculture or related fields.

Greenwood County Farm Bureau contributed $1,000 to the 2018 SC Jr. Beef Round-Up held at the T. Ed. Garrison Arena in Pendleton SC. Board member Robby White was a presenter of the awards.

The summer months are a little slow for the Pickens County Farm Bureau as we are all out on the farm or ranch. We are cutting and baling hay, or growing and harvesting crops and herding cattle. We have to make sure the wheels are turning for agriculture. We have had some activities this quarter.

We had five people attend the District Policy meeting in Laurens. We had one attendee to the Youth Conference in Columbia that was held at the Riverbanks Zoo.

We have had members who visited outlying farms in the area and in to North Carolina. It is always a good idea to see what other farms offer and how they operate. The more we work together and share ideas the stronger we grow as an industry.

We hope that the fall and winter quarter will be as productive and informative as the summer quarter has been.

Carroll and Peggy Haddock and Tommy and Cathy Britton attended the Palmetto Palate.

In July, Brian McClam attended the Monsanto Meeting in St. Louis and in August hosted Severn Peanut Company Field Day at his farm.

County President Will Carsten attended the Policy Development Meeting in Florence on July 26.

YCFB Directors, Clint and Carolyn Boyd attended the Policy Development Meeting in Columbia on July 7. The meeting was very informative on local issues.

Thomas Wilkerson a student at Clemson University participated in the Youth Ambassador Contest in Columbia on August 8. He was a runner-up. As representatives from York County, Carolyn and Clint Boyd attended this contest.

The York County Farm Bureau held its Annual Business Meeting on Tuesday August 21, 2018 at 7pm. A prime rib dinner was enjoyed by all prior to the meeting.

A membership table with Farm Bureau information was set up at the Cattlemen’s Association Meeting on August 23. Clint and Carolyn Boyd passed out Farm Bureau materials to some of the members that were there.

A Farm Bureau Booth was set up at a local restaurant on August 24 for York’s Summerfest Celebration. This was to promote locally grown goods as part of Farm Fresh Summerfest. There was information available on Farm Bureau and Becoming a Farm Bureau member. The booth was manned by Carolyn Boyd and some of the YF&R members.

On Wednesday September 26, the York County YF&R elected the following officers for the upcoming 2018-2020 year. YF&R officers: Larabeth Smith, Chair; Cameron Padgett Ramsey, Vice-Chair; and Kristin Whitesides, Secretary. These ladies will do an outstanding job of continuing to grow our young farmer involvement!

Annie Turney, Helen Myers, Faye Lineberger, Ruth Harper and Carolyn Boyd attended the Women’s Leadership Conference in Aiken on October 1 and 2nd. The speakers, breakout sessions, banquet, tours and meals were enjoyed by all of the ladies.